Domestic vehicles from the 1980s are having a moment. The ‘80s were once considered a low point in the automotive sense, but as nostalgia kicks in— along with the realization that so many American vehicles from that decade are temptingly cheap—and all of a sudden everything from this decade is desirable. The result is people shelling out money in both the auction and private markets, often for more than what the car’s condition should command.

Trucks in particular are selling well but not all are red hot. The car experts at Hagerty® have listed a 1980s truck that would make a prudent buy, one that it’s probably time to sell, and one to wait and see about.

BUY: 1980-86 Ford Bronco
Earlier Broncos have already blown up, so the third-gen model is next in line and overdue for a rise in value. Buyer interest is up 19 percent over the last year and the number bought by Hagerty clients is up 20 percent over the same period. Values haven’t started to rise yet, but they are poised to, so now looks like a good time to scoop one up.

SELL: 1981-86 Jeep CJ-8 Scrambler
CJ-8s appear to have had their time in the sun. While Hagerty Price Guide values rose 60 percent over the past two years, buyer interest is down 16 percent over the past 12 months. At current values they’re no longer quite the temptingly cheap entry into vintage trucks that they were, so CJ-8s seem to be fully priced for now.

HOLD: 1974-83 Jeep Cherokee
Interest turned to Jeeps of all varieties over the past couple of years, but for the original Cherokee the rise is slower than for the more well-known CJs. All metrics of buyer demand are very strong recently, so sellers may want to hold off to see how high the Cherokee can go. 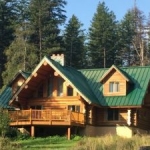 Get your seasonal ready for winter 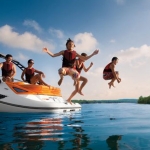 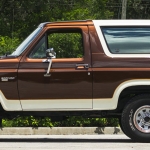